Merry Christmas and a happy new year to you all!  I hope you enjoy my Christmas quiz. 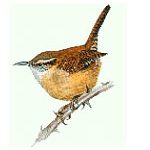 A) Taking one’s in-laws out to dinner

B) Carrying a wren door to door, to collect money for charity
C) Leaving a basket of cakes at the door for passers-by
D) Putting out suet and seeds for the wild birds

Which of these names does NOT belong to one of Santa’s reindeer? 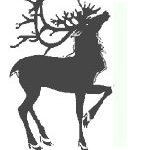 In Tchaikovsky’s ballet “The Nutcracker”,  who is the nutcracker’s main enemy? 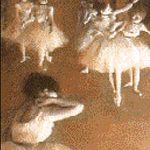 A) A girl called Clara

B) The King of the Mice

All through the Christmas season in old England, “lambswool” could be found in the houses of the well-to-do.   What was it? 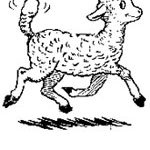 A) Imitation snow used in decorations

D) A fluffy confection made from almonds and sugar

In Victorian times, most Londoners would have been familiar with the “goose club”.  What was it? 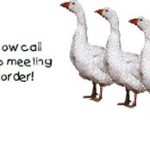 A) A pantomime troupe specializing in slapstick

B) A stout stick used for slaughtering geese

D) A method of saving to buy a goose for Christmas

After Scrooge has reformed his life at the end of Charles Dickens’ A Christmas Carol, he invites Bob Cratchit to join him for some “smoking bishop”.   What did he mean? 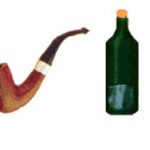 A) A fast variation of chess popular in Victorian London

B) A premium pipe tobacco

D) A Christmas pudding, soaked in brandy and set alight

In Victorian England, turkeys were popular for Christmas dinners.  Some of the birds were raised in Norfolk, and taken to market in London.  To get them to London, the turkeys:

A) Were herded by sheep dogs

D) Were supplied with boots made of sacking or leather

Many movies on Christmas themes have been made for television and the cinema over the years, including dozens of versions of Charles Dickens’ A Christmas Carol.  Which of the following films has NOT yet been made?

A) The Jetsons’ Christmas Carol

The jólasveinar, or “yule lads”, are a traditional part of an Icelandic Christmas.  What are they? 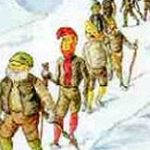 A) A band of thirteen gift-giving goblins

B) In charge of Santa’s reindeer

D) The best male singers from each village

In Greek legend, malicious creatures called Kallikantzaroi sometimes play troublesome pranks at Christmas time.  What should you do to get rid of them? 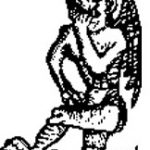 A) Placate them with gifts of rice pudding

B) Burn either salt or an old shoe

D) Throw your sandals at them

B) Carrying a wren door to door, to collect money for charity

B) The King of the Mice

D) A method of saving to buy a goose for Christmas

D) Were supplied with boots made of sacking or leather

A) A band of thirteen gift-giving goblins

B) Burn either salt or an old shoe