Throughout the years there have been many cancer myths floating around.

The question is: Is there any truth to these cancer myths?

1) Hair dyes can lead to cancer 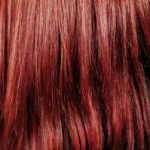 Hair dyes have been linked to a variety of cancers including bladder cancer, breast cancer, leukemia’s and lymphomas. But there is no clear evidence that hair dyes could cause any of these cancers.

In 2008, the International Agency for Research into Cancer (IARC) said that hairdressers “probably” have a slightly higher risk of cancer because they are regularly exposed to certain chemicals. They can reduce their exposure to these chemicals by wearing gloves.

But there’s not enough evidence to say whether people who use hair dyes themselves have a higher risk of cancer as a result.
In the 1970s some hair dye ingredients were found to damage DNA and cause cancer in animals. But since then, the use of these chemicals has been discontinued and modern dyes are thought to be much safer. But cancer can take many years to develop – so it could be that the link we are seeing now between working as a hairdresser and cancer is because of exposures to these older chemicals many decades ago. 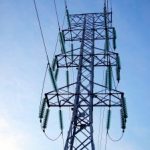 Everything that uses or carries electricity, from household appliances to power lines, produces an electromagnetic field (EMF). There is a lot of worry that EMFs produced by power lines can cause cancer, particularly leukemia in children.

There is little strong evidence to link power lines to adult cancers. But some studies have suggested a statistical link between exposure to EMFs and a slightly higher risk of childhood leukemia.

The UK has very low levels of EMF compared to countries like the USA. One study that looked at the existing evidence suggested that the average EMF levels in the UK do not increase the risk of any cancer.

But the very highest levels of EMF were associated with double the risk of childhood leukemia. If this effect is real, it would mean one extra case per year for every 10,000 people living in affected homes. But bear in mind that only about 1 in 250 UK homes experience EMF levels that high.

Despite this association, we cannot say for sure that EMFs actually cause childhood leukemia. The link could be explained by biases in the research or by something else that is common to homes with high EMF levels. And one of the largest studies – the UK Childhood Cancer Study (UKCSS) – found that even children from UK homes with the highest estimated EMF levels do not have higher risks of childhood leukemia.

Because the evidence is limited and inconsistent, the International Agency for Research on Cancer (IARC) has classified EMFs as a ‘possible’ cause of cancer. This means that there might be a risk but we cannot say for sure.

Even if future research shows that EMFs from power lines can cause childhood leukemia, they are unlikely to be a major cause of this disease. Fewer than one in a hundred children in the UK who develop leukemia live in homes with the highest EMF levels. 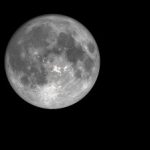 Some studies have raised concerns that working in shifts or being exposed to light at night could increase the risk of cancer, particularly breast cancer. Scientists are trying to work out if this is actually true and for now, the evidence is still uncertain.

In 2007, the International Agency for Research into Cancer (IARC) concluded that working night-shifts might increase the risk of cancer. IARC classified shift-working in its second highest category of risk (out of a total of four). This means that there is some evidence that shift-working could affect the risk of cancer, but that more research is needed to say for sure.

What does the evidence say?

But many of these studies had important flaws.

The evidence is stronger in animal studies. It seems that disrupting an animal’s body clock can increase the risk of cancer. But the picture is much less clear for shift work and breast cancer in people. 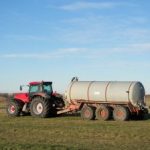 Pesticides are widely used in agriculture and there are concerns that they could increase the risk of cancer.

Some studies have suggested that pesticides could increase the risk of leukemia lymphomas, brain cancer, breast cancer and prostate cancer.  For now, the evidence is not strong enough to give us any clear answers.

People exposed to higher levels of pesticides as part of their job – for example in industry or in farming – may be at slightly higher risk of certain cancers, particularly leukemia’s and lymphomas.

The International Agency for Research into Cancer (IARC) have looked at the evidence and said that regularly spraying pesticides as part of your job “probably” slightly increases the risk of cancer.

But for individual pesticides, the evidence was either too weak to come to a conclusion, or only strong enough to suggest a “possible” effect.

Some potentially dangerous pesticides such as DDT and lindane have been used in the past but are now banned.

Problems with the evidence

The scientific evidence on pesticides and cancer is still uncertain and more research is needed in this area. So far, the studies that have been done share common problems:

They usually involve a small number of people. This makes it more likely that their results are down to chance.

It is difficult to work out the amounts of pesticides that people were actually exposed to. Most studies estimate these exposures based on things like a person’s job. Others ask people with cancer to remember whether and how they used pesticides in the past. Their answers might not be accurate and they may be influenced by worries that pesticides were responsible for their cancer.

There is a wide variety of pesticides and it is not clear which, if any, affect the risk of cancer.

The results from different studies are not consistent. Some suggest that pesticides increase the risk of cancer but others do not.

Pesticides on fruit and vegetables

High doses of some pesticides can cause cancer in animals, but the levels found in foods are much, much lower.

PLEASE NOTE: All information provided has been sourced from outside of Impact Young Heroes therefore the author or Young Heroes assumes no responsibility as a result of this article.