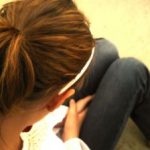 Over one-third of people with terminal cancer are not getting the benefits to which they are entitled, a study by Macmillan Cancer Support has found.

Terminally ill cancer patients should automatically qualify for Disability Living Allowance (DLA) – which helps people meet the extra costs incurred because of disability – and Attendance Allowance (AA) if they are aged 65 or over.

But the Macmillan study found that 36 per cent of patients die without receiving these benefits, meaning that more than £90 million is going unclaimed.

Furthermore, many people whose cancer is not terminal are entitled to benefits, while linked benefits such as the Carers Allowance are also commonly not claimed.

The charity found that many patients simply do not know they are eligible, while other barriers include the perceived stigma of claiming benefits and the confusing claims process.

To address the issue, Macmillan has launched a new interactive guide called ‘Benefits made clear’, which can be found atwww.macmillan.org.uk/benefitsmadeclear