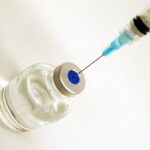 Britain is providing an extra £50 million to pay for cancer medicines from October, bringing forward a government promise to give access to drugs even if they have not been approved by the NHS cost watchdog.

The new money will allow doctors to prescribe treatments on the state health service that may have been rejected or not yet assessed by the National Institute for Health and Clinical Excellence (NICE).

Doctors will decide locally how the funding is spent, based on the advice of cancer specialists, health minister Andrew Lansley said on Tuesday.

The country’s new coalition government had promised to set up a 200 million pounds cancer drugs fund from April 2011. Now the interim budget is being made available six months before this, and ahead of longer-term plans to change drug funding.

The government, however, did not confirm the final figure of £200 million on Tuesday, ahead of a review of public spending priorities in the autumn. Lansley said the interim move would help patients get cancer drugs that were widely available in other European countries.

Money for the interim fund will be found by savings elsewhere in the government’s healthcare budget.

Drugmakers have frequently complained about the rejection of some cancer medicines by NICE, including Roche’s blockbuster Avastin and GlaxoSmithKline’s Tyverb.

The government action coincides with the publication of a report from National Cancer Director Mike Richards on international variations in drug usage, showing British uptake of new drugs falls behind much of Europe.