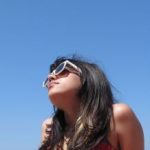 More than a quarter of teenagers will get sunburnt on purpose this summer in the belief that they will ultimately get a suntan, a survey has found.

The Teenage Cancer Trust discovered that 26 per cent of young people aged 13 to 19; plan to get sunburnt on purpose this year.

Almost a third of respondents said they never used sun cream in the UK and 55 per cent wrongly thought the British sun was not as harmful as overseas.

More than one-fifth admitted they had been badly burnt after falling asleep in the sun and 74 per cent were under the impression that they would never get burnt on a cloudy day.

The shoulders are the most common area of skin to be burnt (47 per cent of teenagers), while the arms and nose are the next most frequently burned.

However, a fifth revealed that they put sun cream on to attract attention from the opposite sex and 16 per cent said they had asked someone to apply sun cream on hard-to-reach places as a chat-up line.

Simon Davies, chief executive of the Teenage Cancer Trust, said: “We’ve found that young people display a worrying lack of awareness when it comes to protecting their skin from the sun.

“We are trying to educate them to prevent the overexposure to sun whilst young, which can lead to problems with skin cancer later in life.”

The charity has launched its sun safety campaign, Shunburn, which asks young people to ‘love the sun, respect your skin’.

Mr Davies said: “If we can stop just one young person from developing skin cancer when they are older, then this year’s Shunburn campaign will have been worth it.”

Ed Yong, head of health information at Cancer Research UK, said: “It’s worrying that so many teenagers are prepared to go through the pain and discomfort of sunburn for the sake of a tan.

“Sunburn is basically a radiation burn. It means that the DNA in your skin has been damaged by the sun’s ultraviolet radiation. Even after the sunburn fades, this damage can remain and greatly increase the risk of skin cancer later on in life. People with fair skin who burn easily but tan with difficulty should take particular care to avoid sunburn.”