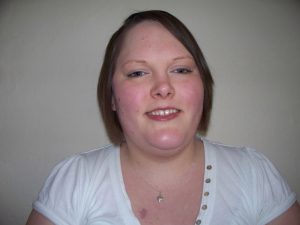 Impact Young Heroes has been a constant support for me, my Mum and Dad for the past two years.  We wanted to help them raise funds to support other young people with cancer, and decided we would hold an event at some point.

In September 2009 my Mum came home from a Church meeting, the church congregation expressed an interest in raising funds for Impact Young Heroes, and wished to learn more about my cancer experience and the charity.  In February 2010 we decided the date for our event would be the 10th April 2010.

In 2008 we held a successful ‘Coffee and Cake afternoon’ for a charity, but on a much smaller scale.  So without a doubt we knew my Mum’s cakes had to be involved!  We hoped the weather would be getting nicer in April so we decided to have a traditional ‘Cream Tea’ afternoon, with a home produce stall and some fundraising stalls.

In March I visited local shops with Bev and Rob, asking for donations of items to sell on our stall and also to display posters; thank you to anybody who helped us in this way.

As the 10th drew closer, we received some fabulous items to sell on the stalls, and were kept busy by pricing items and sorting out!  On the 7thApril Mum made 50 scones and by the 9th April Mum had made 70 scones in all, and lots of cakes to sell on the home produce stall!  I was busily occupied making lots of greetings cards; I managed to make 30 cards to sell (Mum even found the time to make a few too!) 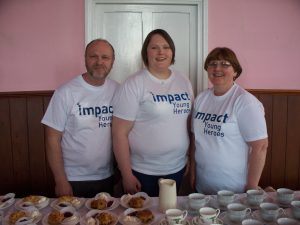 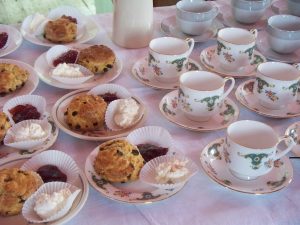 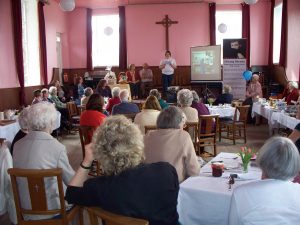 The big day; all the helpers arrived around 12pm, to help us with final preparations.  At 2.30pm everybody had arrived and Mum and I declared the event open; everybody spent up on the stalls and enjoyed tea and scones before me, Bev and Rob got up on the stage. I told my story and read my poem featured in August 2009’s newsletter https://www.impactliving.org/newsletter-august-2009/ then Bev and Rob gave a talk about the charity and what they do.

I am so pleased to be able to tell you the grand total for our event is £765.00, we are so grateful for all the support given to us, for the people who came along or helped in one way or another.  We are amazed we have reached such a fantastic total to help Impact Young Heroes support another young person with cancer.  Thank you.