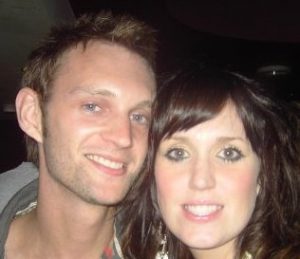 “When I was first diagnosed, with youth on my side and an excellent prognosis, I had surprisingly few worries about the 6 cycles of chemo and the week of radiotherapy, which looked likely to be all I would need at this stage.

Apart from the pain in my arm felt when the chemotherapy was administered, and the nausea and sickness in the following days, I did not find this period overly traumatic. It was a massive help that I have a very loving and understanding family and close friends, and that I had recently graduated. I imagine it must be devastating for those that have their education disrupted or ruined!

Unfortunately I was in remission for just a few months following this initial treatment when a scan indicated that I had relapsed. This it when it started to sink in that I couldn’t take anything for granted anymore, and I could be in for a long and difficult struggle.

Two years on, after further bouts of treatment and further relapses, eventually all was looking well. I had an offer accepted on a house purchase, and had paid for a holiday in Ibiza with close friends. I had a scan result pending, but the doctors were confidently predicting that I had nothing to worry about, as I had been well and the previous scan was clear.

The optimism proved to be short lived, as the results were not good, and the disease had spread further than it had done before. The holiday and house purchase were cancelled, and I began Chemo again within a couple of days. This time was different though. Suddenly my prognosis scared me, and it was realised that standard Chemotherapy was not going to produce any long-term results.

I was to have an autologous stem cell transplant (during which my stem cells were harvested from my own bone marrow, and reintroduced to my blood stream after a high-dose of Chemotherapy. I recovered from this surprisingly quickly, but again relapsed within a few months.

This left one last option, an allogeneic bone marrow transplant (from a donor), described as being “in another league” to the previous one in terms of risk and recovery period. Nervous weeks were to follow as a UK search for donors failed to find a match, and the search had to be widened to Germany and America. But eventually a match was found in the US, which I remember feeling slightly under whelmed about, knowing that this even a year on it was still only the beginning.

I was still positive, and although I was quoted as having a 20% chance of treatment-related fatality, and still no guarantee of a long-term cure having made it past the 6-month mark, I knew that odds were still on my side in real terms.

Again I had been ignorant of what to expect in the year that was to follow, in which I was to spend over 6 months (on and off) as an inpatient with various infections. I felt lucky to be treated on the Young Oncology Unit during this period, as I was to meet some great nurses and patients, making me feel much less isolated. 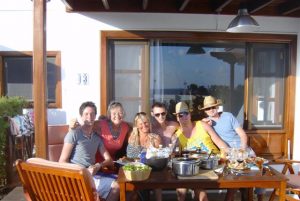 My immune system eventually recovered, and 2 years on I am still in remission. It has been almost a year since I have had to spend a night on the ward, and thanks to Young Heroes I enjoyed a holiday abroad with my friends last summer (in a villa in Lanzarote). Furthermore, I bought a house with my sister last year, and I am booked in for holiday to Ibiza this summer, as per my cancelled plans in 2006 mentioned earlier.

I like to think that I don’t take anything for granted now, and give myself a hard time if I find myself valuing material things too highly. I have noticed I now have more time for people who have serious problems, but less time for those who make a big fuss over something small or material.

I can say from my own experience that an illness can ironically make a person happier in the long term once they make it past the hard bit. I am much looking forward to future with an excellent outlook”